StartKidsTeething: When do babies teeth?

Teething: When do babies teeth?

Teething is the process when an infant’s first teeth appear by emerging through the gums. The process starts with the incisors, the front teeth, and moves backwards to the molar teeth until all the fully-grown milk teeth are in place. But when do babies actually teeth?

The first tooth usually starts emerging when the baby is around seven-eight months old. It’s often one of the front teeth in the lower jaw that emerges first. The moment a baby starts growing teeth varies greatly, so there’s nothing wrong if signs of teething start appearing that quickly – some start growing teeth at three months, while others can be one year old before the first tooth appears. But the most common age is between six and ten months.

This is the common order for teething:

One of the first signs of teething is increased drooling, it can start as early as two months before the first tooth emerges. Many kids feel discomfort and have itchy gums before the teething process starts. You can relieve discomfort with teething toys which they can chew on.

When the time has come for the teeth to emerge the baby’s gums are likely to be swollen. You might also see lumps in the gums. A good tip is to use a cool biting ring for relief. But remember that it shouldn’t be too cold, or frozen.

Many parents wonder if growing teeth is painful. Teething can cause pressure and itching but does usually not cause open wounds. Kids are more irritable, have trouble sleeping and will most likely lead to more crying than usual.

Keep track of when your child’s teeth appear with this cute fill-out printable. 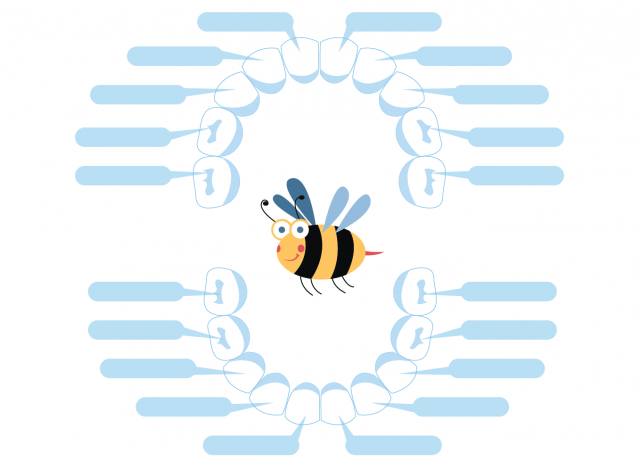 To relieve the discomfort of growing teeth there are a few things you can do in addition to cooled teething toys:

• Give your child something to chew on, like a firm rubber teething ring or a cold washcloth that you’ve cooled in the refrigerator, not freezer. You can also rub your clean finger gently but firmly over your baby’s sore gums to ease the pain temporarily.
• Babies can also chew on feeding bottles and pacifiers. Just remember to clean them well, since traces of juice, sugary drinks and milk can lead to tooth decay. 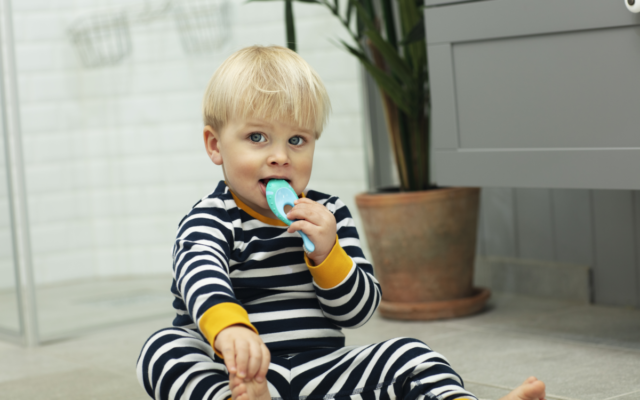 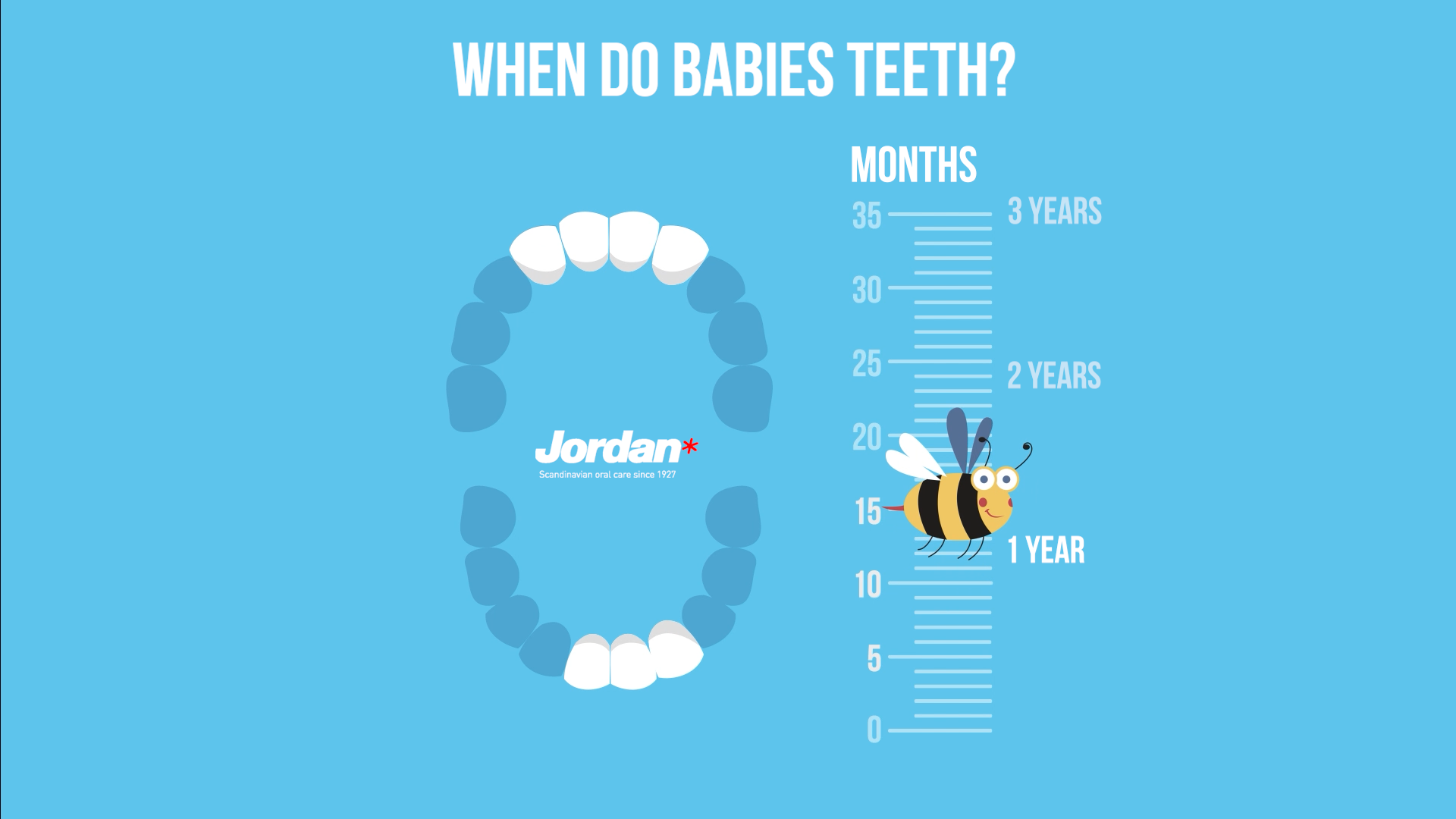 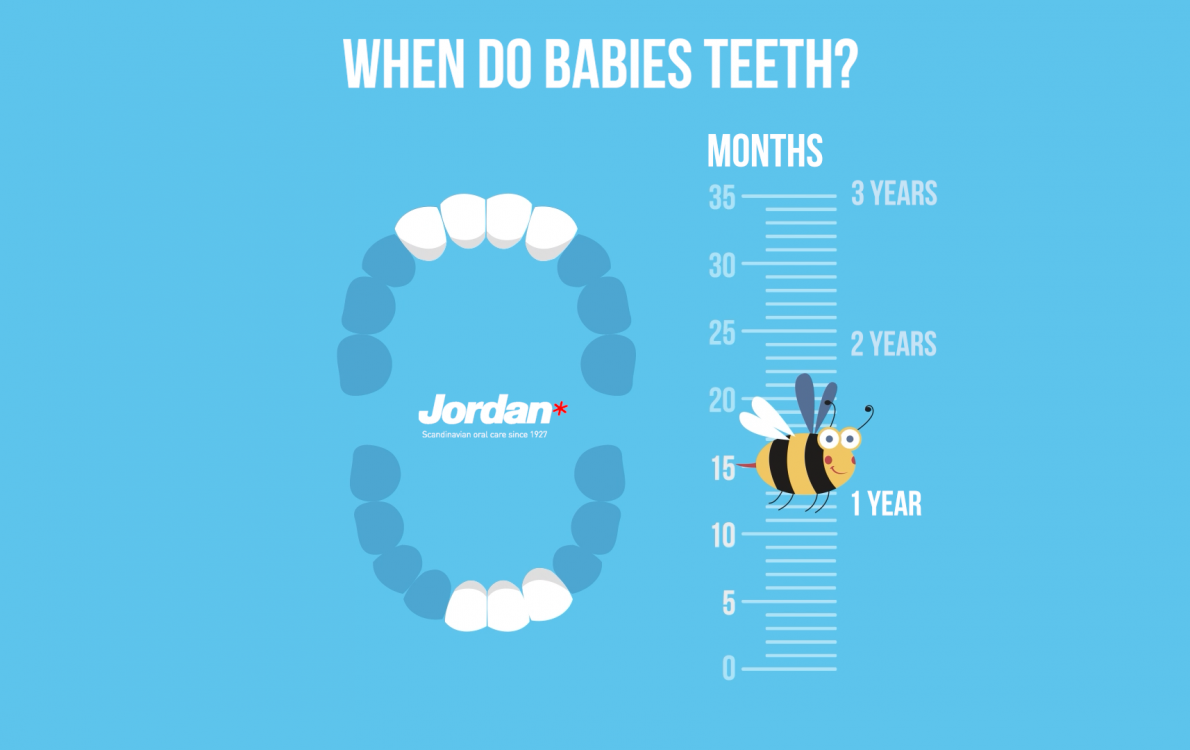 How much toothpaste should kids use?

Jordan's step toothbrushes come with a toothpaste guide, but how much toothpaste should children use at what age? Here's a guide for every stage of…