It was a Danish comb maker who began it all. William Jordan was born in Copenhagen on the 22nd of January 1809 and grew up as the eldest of 12 children. Immediately after graduation Wilhelm was sent to Kiel, Germany to seek work, and from there moved on to Hamburg where he began to learn comb-making. Under the guidance of skilled German craftsmen Wilhelm Jordan acquired the skills that laid the basis for his life’s work, creating a legacy that is still alive and well today. 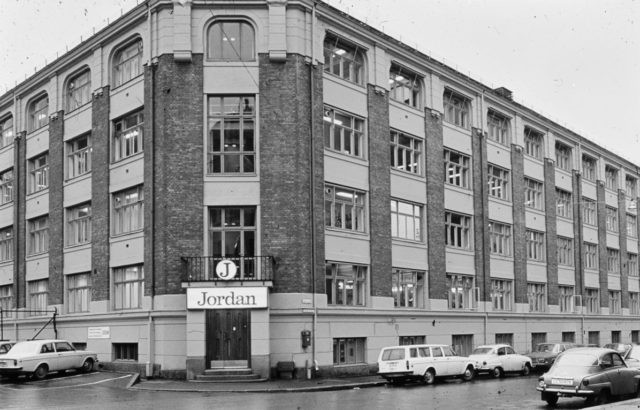 After trying his luck for several years as a travelling journeyman in Central Europe, Wilhelm Jordan returned to Copenhagen and established his own comb shop. However it failed to provide him with enough money to make a living so in 1837 he closed the shop and went with two fellow comb-makers to Christiania, as Norway´s capital, Oslo, was then known, to seek their fortunes there. The three established a modest comb-making business in the city centre on 5 August 1837, which today has evolved into one of Europe’s leading brush factories.

At the same time Wilhelm Jordan applied for Norwegian citizenship which was granted on the 19th January 1838. Having completed his oath Wilhelm Jordan was granted citizenship and the status of master comb maker in Christiania. The final formalities included having eight days to present a civil letter at the police station and paying the fee to the magistrate.

Several years on and Wilhelm was well established and prospering thanks to a strong local economy. Such was his optimism that he decided to make his first significant investment, buying a property at Skippergaten 44. This strategic geographical location in the capital city provided the ideal environment from which to continue to develop his business.

In 1845 Wilhelm Jordan, sensing a business opportunity, began to take an interest in brush making as at that time Christiania had no resident brush maker of its own. Wilhelm Jordan had no previous experience of the craft, but once again set out for Hamburg and in the city’s enterprising brush making environment he made a number of friends who, together with their families, accompanied him back to Christiania. With its new focus on brush-making Wilhelm Jordan’s business continued to grow and flourish.

In 1858 Christiania was hit by a major fire, which on the 14th of April burnt large numbers of houses together with their contents across many of the city’s best locations. The result was that large parts of the city had to be rebuilt and refurbished, creating significant demand among the local cabinet makers for exotic foreign woods. Once again there existed no business in the city able to meet this sudden demand, and so Wilhelm Jordan returned to Hamburg where he bought three batches of high quality timber, mainly the much sought-after mahogany. This was the start of another significant new business, this time in foreign timber and the making of fine wood veneers.

Wilhelm Jordan died on the 19th March 1879 at the age of 70, leaving behind both a thriving business empire and successors capable of preserving and building on what he had created. He died a wealthy man and a respected citizen of Christiania city. It was his oldest son, Fredrik William Jordan, born 4 September 1841, who would develop the comb and brush making businesses further. While at this time the introduction of the steam engine was bringing in power saws and lathes as means of efficient industrial production, brush making still relied on skilled craftsman working by hand to make the entire range; from the finest luxury brushes to simple brooms and scrubbing brushes.

In the 1870s city streets across Europe were still swept with birch brooms. However it was around this time that the United States became the first to introduce brooms made with the piassava bristles still found in use today, and the innovation soon made its way to Europe and Norway. It was Fredrik W. Jordan who first recognized this opportunity and, thanks to his connections in Denmark, he came into contact with specialist Carl Jeppesen, who moved to Christiania with his family and started production of piassava. As well as his business interests, the talented Dane also had strong social interests, playing a central role in the development of the Norwegian Labour Party of which, in 1894-1897, he was party chairman. Carl Jeppesen was also a prominent local politician and served on the city council from 1898 to 1925. From 1917 to 1919 he was also the capital’s first Labour mayor. He was a colourful and versatile personality who left an indelible mark on the history of both Christiania and Norway. He died in January 1930 and has a street at Sandaker in Oslo named after him.

Why throw away the whole toothbrush, when it’s only the bristles that wear out? Jordan is introducing Jordan Change – changing habits for you and…